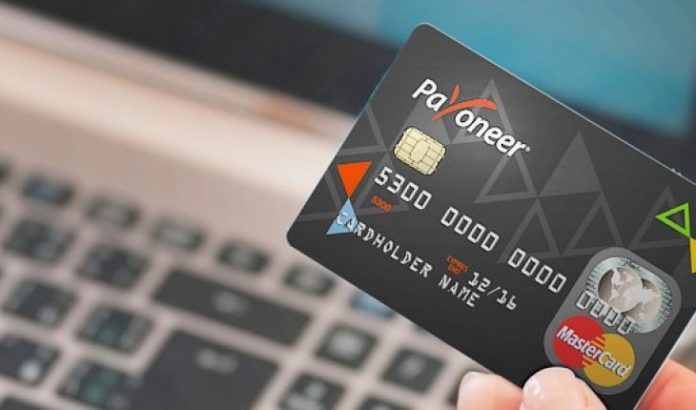 They take $1 to $3  for Recieving from any other account.
Then another $30 per year for annual fees.
Then $3 per ATM withdrawl.
Then another 3% currency conversion fee.

Here is a list of all ATMs in Pakistan where you can successfully withdraw money with your payoneer card.

MCB is large bank operated in many countries so it is able to withdraw money from Payoneer Master card easily .I personally use MCB. MCB also supports unlimited Transactions and rates are lowered to 203$ for 20,000 Rs.

Faysal Bank Limited is amongst the top ten banks in Pakistan with a network of over 300 branches located even in the remotest parts of Pakistan.It also supports payoneer card.

Citi has been operating in Pakistan since 1961 and is one of the leading Corporate and Investment bank of the Country.I heard that it also supports payoneer master card.

If your Card can,t didn’t accept, may be their is another issue, make sure, your card is activated, or have Good number of amount in the card.