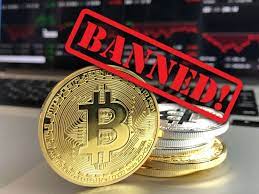 Kosovo’s government on Tuesday introduced a ban on cryptocurrency mining in an attempt to curb electricity consumption as the country faces the worst energy crisis in a decade due to production outages.

“All law enforcement agencies will stop the production of this activity in cooperation with other relevant institutions that will identify the locations where there is cryptocurrency production,” Economy and Energy Minister Artane Rizvanolli said in a statement.

Due to cheap power prices in Kosovo in recent years, many young people in Kosovo have got involved in cryptocurrency mining.

Coin mining has been on the rise in northern Kosovo, mostly populated by Serbs who do not recognise the state of Kosovo and refuse to pay electricity.

The country of 1.8 million people is now importing more than 40 percent of its consumed energy with high demand during the winter when people use electricity mainly for heating.

Around 90 percent of energy production in Kosovo is from lignite, a soft coal that produces toxic pollution when burnt.